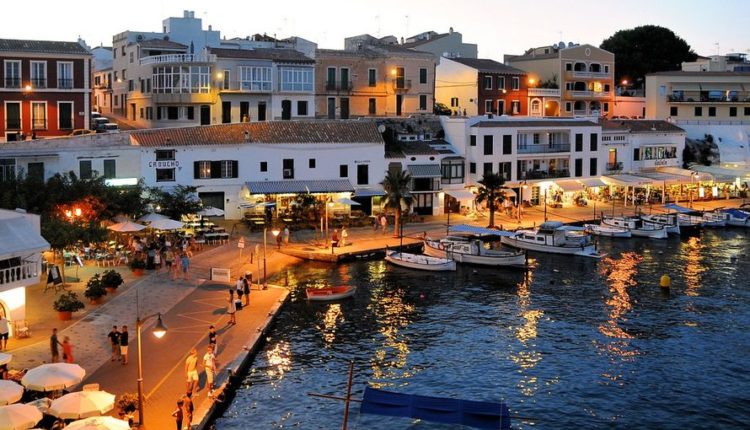 Top 10 Cities and Towns in Spain

Top 10 Cities and Towns in Spain, in addition to a land of sun and beach Spain is also known for his fascinating cities: the cosmopolitan Barcelona, Madrid swinging it, the Huerta located in Valencia, with the interesting City of Arts and Sciences (Ciutat de les Arts i les Ciències) of the famous architect Calatrava.

But the smaller cities and towns have to offer a lot of surprises, such as Merida, one of the main cities of the Roman Empire and Ampudia with its classic Castilian folk culture.

Below are a number of alternative tips that can make your stay in Spain to a climax.

Nowhere in Spain, you will find such a large number of monuments such as the ancient Caceres. The hilltop Ciudad Monumental, such as the old city is called almost entirely enclosed by a medieval fortress above the Plaza Mayor.

There are many great buildings and places to admire Renaissance. There are beautiful squares, and around every corner, there is a surprise museum city, no traffic, no people.
It is adjacent to the Long Plaza Mayor, it is social heart of the city. In the evening, the Plaza Mayor and old city represent an unforgettable spectacle of liveliness.

At the foot of some very rugged cliffs is the beautiful medieval town of Daroca. Along the kilometer, crumbling ramparts are still visible over a hundred towers.

As if there is a need to be protected a metropolis. The most impressive gate which is left, the Puerta Baja, which is guarded by two massive towers.
From there, the tourist office has set a monumental route, which rising and falling through the quiet streets, going through all the sites.

Totally cool and medieval is the beautiful town of Uncastillo with its yellow-brown earth color of the surrounding landscape. There is an architectural phenomenon that you often see in the Aragon region.

The streets, the gates, houses with balconies, everything is as beautiful in Uncastillo. Best of portraying the Roman church of Santa María with artfully twisted and ornamented pillars, capitals with beautiful animal figures and sculptures medieval rely on one of the entrance arches.

The old town of Cuenca is stuck at the top of two deep ravines, where the rivers Huécar and Júcar in depth. It is one of the most impressively situated cities in the region, with medieval hanging houses.
The best known are the Casas Colgadas, hanging over the edge of the ravine, which offers a spectacular sight.

Thirty kilometers north of Cuenca is located in the Ciudad Encantada, the enchanted city. You will find the most striking sculptures formed by wind and weather through the karst(landscape) mountains (kind of limestone).

Almagro is the historic seat of the Knights of Calatrava and the most beautiful town in the region. It has an extraordinary Plaza Mayor, surrounded by arcades and previously used as Plaza de Toros.

The highlight on the elongated Plaza Mayor, the Corral de Comedia, a unique theater of the sixteenth century; further, there are many churches and noble houses which hang large coats of arms above the door.
The square is surrounded by a beautiful town with white houses decorated with ironwork in the form of bars, balconies and gutters.

Not far from the beach of El Palmar it is against a mountain pasted Vejer. It is known as the most beautiful pueblo Blanco, white town of Andalusia with beautiful views all around.

Guadix is a remarkable city that you must see and experience. Though after a bombing it’s mess is not properly cleaned up. There are still some walls and there are many free-standing chimneys, but the houses are gone.

Debris his red mounds created in which caves are carved. These assessments often put white washed facades, where sometimes a window is created.

In the Barrio de Santiago are also quite luxurious caves where the attachments almost look like a house in itself. Outside the cave area can be seen a few things in Guadix.

In Roman times it was called Merida Augusta Emerita and was one of the main cities of the Roman Empire. In 23 BC it was founded by Augusta, whose son Agrippa rises there so richly that the city was named the Spanish Rome.

Many of these structures are still admired and are in fair condition. A good start for a walk through the Roman Augusta Emerita, the Puente Romano with its eight hundred meters the longest bridge of the Roman Rijl.

The classic Castilian folk architecture Ampudia is a surprisingly beautiful village. Almost the whole village consists of streets with houses that overhang the first floor and wooden poles rest.
Among those beams floors, there is a loop street in the shade. This building method anticipates that of the arcade building, which has been applied to many Plazas Mayores in Castile.

Ampudia is all still in the primitive form, which poorly and very beautiful. In particular, the street that runs through the village on a bend is an experience one.

Santiago de Compostela is one of the most beautiful cities in Spain. It is almost entirely built of granite, like most Galician cities. But the granite here has a light golden glow through the rain. In the glow of lanterns, there still rises a light vapor above the pavement, Santiago is magical.

Although the city is almost entirely closed to traffic, it is not a museum city. Due to the many students and pilgrims to the streets and squares are always lively and the atmosphere is pleasant socializing.

How to Overcome Your Depression?

Tourists Welcome Back to Spain From July Under Certain Conditions

Again Demonstration in Barcelona: Tourists Advised to Stay Out of the Centre

5 Mistakes You Do While Planning Your Family Holidays