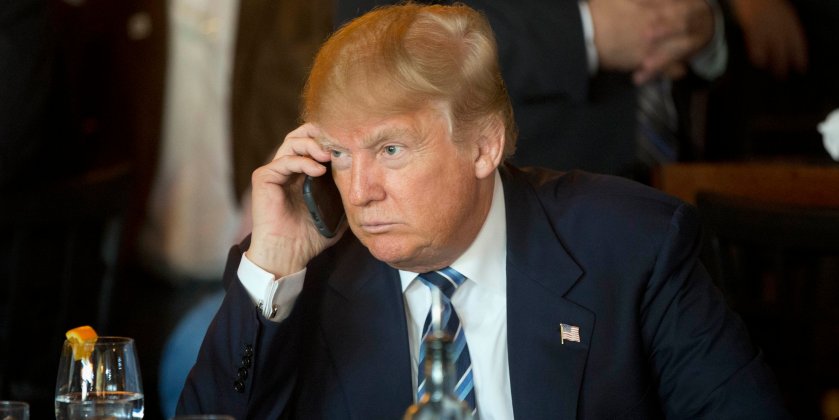 Trump said ‘facts’ had been shared with Russia about ‘terror and aviation security.’ What the exact content Trump has shared is not clear.

The president indicated that he had shared the information for humanitarian reasons and also to move Russia to “push up the fight against IS and terrorism.”

Correspondent Erik Mouthaan: “Trump has the right to do this and can not be prosecuted, others will be fired. The president again shows that he has sued his top advisers. The national security adviser denied the announcement yesterday; Trump confirms the.”

“Tricks in the White House. Trump even raises anger in his party. The question arises, even by fellow mates, whether Trump is concerned with how to deal with state secrets, whether he has the temper to be President.”

Secret Information
The US newspaper Washington Post reported last night that Trump had shared secret information with Russia about an upcoming IS operation. The newspaper was based on sources in the White House.

How are Earthquakes Predicted Today?-Part 3