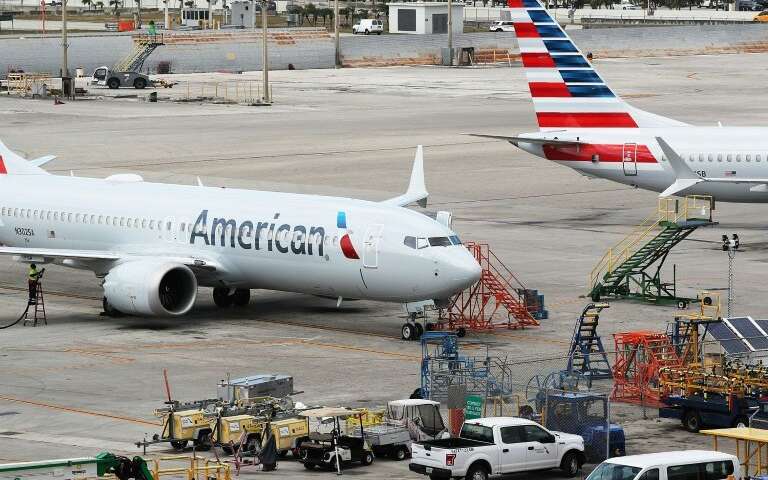 Until now, American Airlines expected to suspend flights with the 737 MAX aircraft until 5 June. The aviation authorities have grounded the fleet of 737 MAX aircraft since mid-March in the US and other countries. That happened after two accidents in a few months.

The 115 flights represent approximately 1.5 percent of the total number of daily flights this summer, “says CEO Doug Parker in a press release. “By cancelling the flights with the MAX aircraft in the summer, we can draw up a more reliable flight plan for the holiday season.”

The airline says they will help passengers change their flight plan and vacation plans. Affected travellers can request a full refund if they do not want to be rebooked.

American Airlines previously cut its forecasts. In addition to the Boeing affair, the earlier shutdown of the US government saddled the company with extra costs.

Also, the American Southwest Airlines, the largest operator of Boeing aircraft, announced last week that it would cancel all flights with Boeing 737 MAX aircraft until 5 August.

The high costs are, according to TUI, the result of arranging replacement devices, extending lease contracts with devices that would be replaced by the 737 MAX devices and higher fuel costs.

TUI spokeswoman Petra Kok cannot say how much actual damage has already been suffered. , The cost depends on many different factors, and moreover, TUI is not only active in England and Sweden.

The cancellation of flights as American Airlines does not work for TUI. , We are a travel organisation. We provide complete vacations for people, from flight to the hotel.

That is why we cannot cancel flights, and that is why we rent equipment from other companies so that our customers can still go on holiday without worry. As few changes as possible for passengers; they can usually leave on the same day and sometimes even at the same time. “

Kok does not say whether TUI is going to impose a claim for damages on the American Boeing. “We have always had a good relationship with Boeing, so we discuss something like that directly with them, not through the media.”

On October 29, a Boeing 737 MAX from Lion Air, an Indonesian company, crashed into the Sea of ​​Java, killing 189 people. On 10 March an aircraft from Ethiopian Airlines crashed with 157 people on board. In both cases, a safety system appeared to have repeatedly pressed the nose of the device down because it received incorrect information from a sensor.