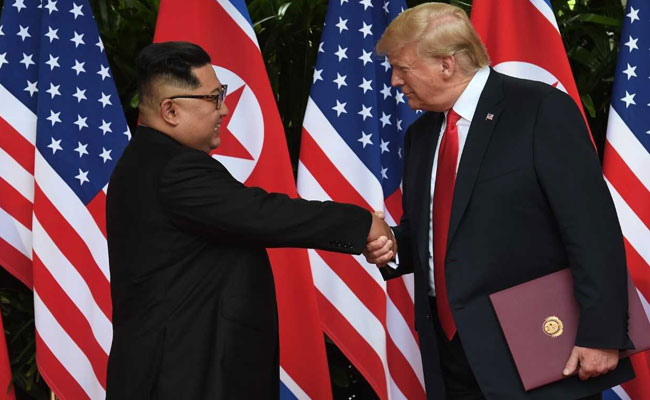 Donald Trump has offered North Korean leader Kim Jong-un a ride on Air Force One. That happened after their summit in Vietnam, according to a new BBC documentary.

The men had talked about the North Korean nuclear program in Hanoi in 2019. The summit did not lead to a breakthrough, but it led to Trump’s fantastic offer. He reportedly offered to fly the dictator home in his presidential plane.

Trump knew Kim would have had to take a long train journey to get to the top. “The president said, ‘I can take you home in two hours.’ Kim declined,” former National Security Council senior official Matthew Pottinger told the British broadcaster.

The then-president is said to have surprised even the most experienced diplomats with that offer. Had Kim accepted, the dictator and his employees would have seen Air Force One inside.

The plane with Trump may also have had to fly into North Korean airspace. That would have led to all kinds of security problems.

The Japanese Stock Exchange Started Trading With A Profit on Monday