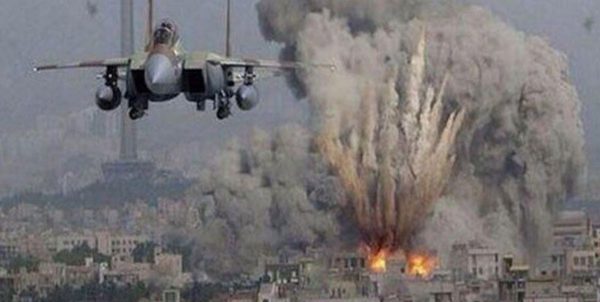 Tension is still rising one notch between Israel and Syria. The latter accused its Israeli neighbor of causing a huge explosion on Thursday (April 27th) by firing missiles at a military position near Damascus International Airport.

“A military position southwest of Damascus International Airport was the target at the dawn of an Israeli aggression with several missiles“, which caused material damage, said the agency Sana quoted a military source as saying.

It did not say whether it was a Syrian position. Damascus International Airport is located about 25 km southeast of Damascus, a stronghold of the Assad regime.

The Syrian Observatory of Human Rights (OSDH) told him that a weapons depot, presumably belonging to Lebanese Hezbollah, had exploded near the airport without providing further details. Most of the warehouse was empty, the NGO said.

Israel’s black beast, Hezbollah fights alongside the regime of Bashar al-Assad against rebels and jihadists. According to Hezbollah’s Al-Manar television, the explosion, “likely due to an Israeli air raid” occurred “in fuel depots and a warehouse.”

On Thursday afternoon, April 27, the Israeli army announced that it had shot a “target” over the occupied Golan Heights.

“The Patriot air defense system has intercepted a target over the Golan Heights,” the army said on its Twitter account without giving further details. The Israeli media said the “target” was a drone, but an army spokesman declined to comment on the information.